Comments on a walk

A few minutes later, both boys' legs looked like this. 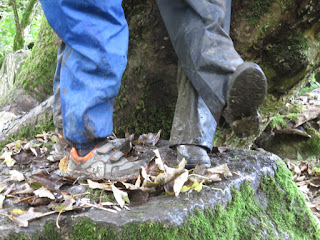 Beautiful is NOT the word.

However muddy it might have been underfoot, though, our surroundings merited Theo's description.  We wove our way between rocky walls where tufts of grass grew like floppy hair, and moss-covered trees dripped rain down our necks.  Then came a narrow path with grassy slopes rearing up on either side. 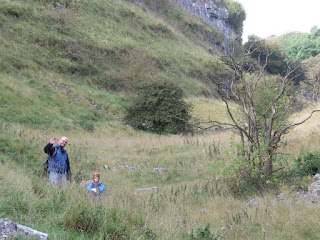 Slipping on damp limestone, we reached a cave with a square mouth narrowing down rapidly "to a miners' tunnel," said Toby excitedly, and he bounded straight in to explore. 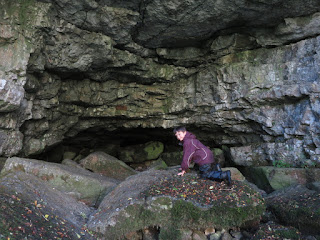 Emerging from the darkness, we discovered that the sun had come out and Lathkill Dale was opening out before us.  It was the perfect time for a picnic. 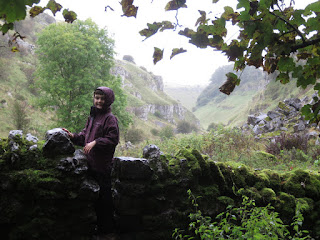 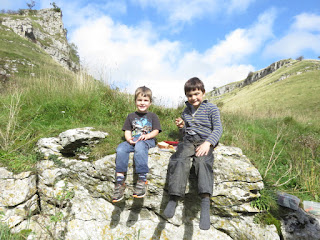 We trekked on a little further, to the place where water quietly rose up between the grass and creeping plants, and formed the beginning of the River Lathkill.  A few metres on, it was big enough to have a footbridge over it.  It was starting to turn into a proper river.

But the pace of Theo's short legs, and the endless pauses to inspect rocks, sticks, caterpillars and cowpats, was becoming wearisome.  We decided to turn back. 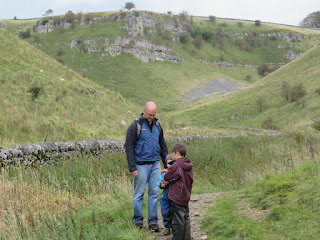 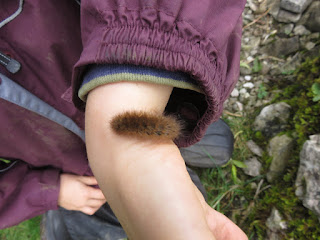 The valley, which had been silent that morning, had got much busier.  We passed a group of students carrying enormous backpacks, a dog which neatly swiped Theo's cheese sandwich, and finally, a family with older children than ours.  The mum gave us an encouraging grin, and said, "Don't worry - it gets easier!"

That's undoubtedly true.  For now, we were happy to get our mud-plastered children back to the car just as the rain came pouring down again.  From a parent's point of view, the walk had had its frustrations.  But Toby leaned back contentedly in his seat and said, "That was just like Wallace and Gromit." 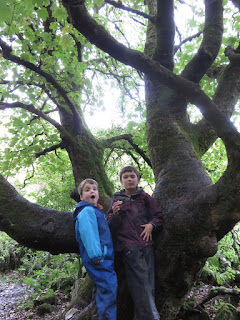