July 31, 2016
This month we have survived #thehottestdayoftheyear (July 19th), the first week of the summer holidays, and a rain of dried grass.  (Seriously - clumps of hay drifting down out of a clear sky!)  There has been much fun with the hosepipe and paddling pool, several barbeques, and many hours at the playground.  Pretty standard summer stuff. 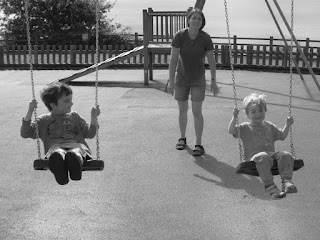 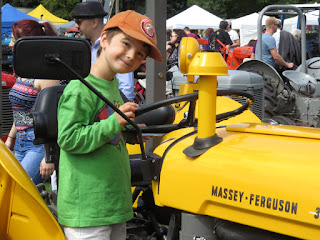 - finished his first year of school!  He got a glowing report from his teacher, and we've been so proud of him.

- camped out with Graham in the back garden. 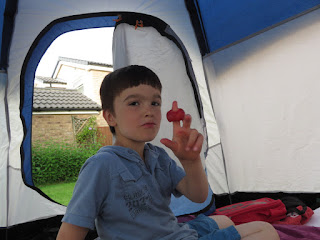 - was very nervous about getting into the swimming pool.  Once he finally summoned up courage to let go of me and take two steps to the side, he turned round with a big grin and said, "Just kidding!"

- decided to dabble in watercolours and painted a very creditable landscape.

- completed his tennis course and got a racquet as a reward. 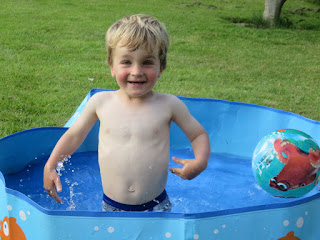 - can scoot a decent distance on his red plastic motorbike.

- gets seriously over-excited every time the word ice-cream is mentioned. 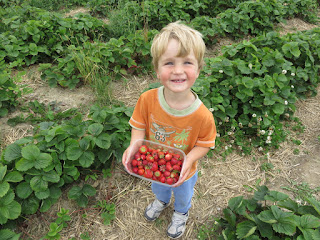 - enjoys picking tomatoes and all kinds of fruit.  He has been checking whether the blackberries are ripe for weeks already. 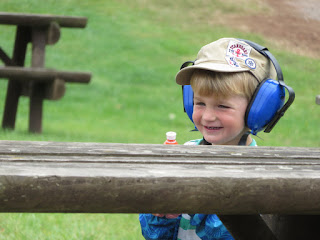 - very seriously tells you that race cars are "yit bit youd" (a little bit loud) and he might need his ear defenders.


- a fascinating book called Thinking, Fast and Slow by Daniel Kahneman.  If you have any interest in how people think, assess risks and make decisions, read this.  It's packed with stuff but very clearly written.

- the opportunity to write a guest post on Derby's Hidden Gems for Love Derby.  It was enjoyable to write and has really boosted my Cafes with Kids audience too!

Recipe of the Month: Naan Bread


I'm well aware that most people, most of the time, won't want to bother about making their own naan bread.  Usually those packs of mini naans from Tesco fit the bill just fine here, too.  But for some reason I made some from scratch at the beginning of this month, and they really are in a class of their own.  If you've ever made a loaf of bread, you can make naan; and the dough has a beautifully silky feel as you're kneading it.

There are probably endless recipes; this one is based on the 'Best ever grilled naan' from Anjum Anand's book Anjum's Indian Vegetarian Feast. 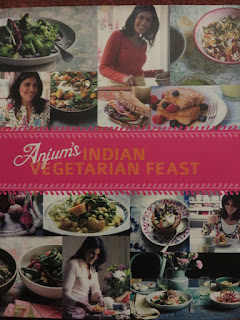 Stir together the flour, yeast, sugar and salt in a large mixing bowl.  Add the melted butter, yoghurt and most of the warm water.  Bring it together with a spatula or your hands, adding more water very carefully if it's too dry.

Knead the dough for seven minutes or so until soft and smooth, then place back into the bowl, cover the bowl with clingfilm and leave to rise for a couple of hours.

Knock the dough back and divide into six or eight depending how big you want your naan.  Roll out each piece into a teardrop shape and brush one side with a little butter or oil.

Preheat the grill (broiler) and put in a baking sheet to heat, too.  Place the naans on the hot baking tray and grill for a couple of minutes until the top side looks done.  Be careful, because they puff up and can get alarmingly close to the grill element if you don't keep an eye on them.  Turn over and cook the other side, brush with a bit more butter, and serve warm.