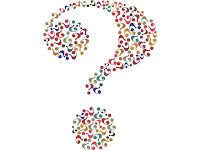 When a sermon was recently preached at our church about whether women should hold leadership positions, I was reminded of Lord Peter Wimsey's response when approached about 'this question of women's education' in D.L. Sayers' novel Gaudy Night.  I hadn't been aware it still was a question; within this particular church, at least, which is notable for being currently led by two married couples.  This, to me, is more unusual than the fact that two of the four people involved are women.

It transpired that, over the decades of the church's existence, they had gradually moved from a male-only view of leadership to a more inclusive one, and they felt that the time had come to clarify both the current position, and the way that it had come about.  Leaving aside the particular conclusion about women, I felt that this opened up some interesting questions about how we interpret the Bible.

When I moved from the UK to Texas, I found that the people there were pretty much like us.  Except that sometimes in a conversation, someone would say something that would stop me in my tracks.  It would be so opposite to my own ingrained assumptions, and yet come from someone with whom I had so much else in common.  They were the moments that made me question things that I had previously accepted.  Likewise with the Bible, it is not the parts that we immediately accept that give us the trouble.  It is the bits where we think, Did it really say that? - the bits which stick out like a sharp rock in the sea of the prevailing culture. 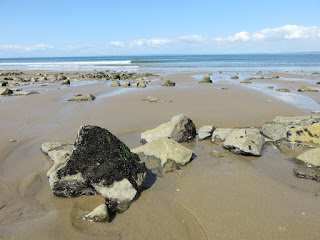 Some would suggest that those parts are indeed a rock, which we should cling to as the tide goes out all around us.  The truth of the Bible never changes, they say, and holding firm makes us distinctive beacons on an ever-shifting shore.  However, what tends to happen is that those rocks are gradually eroded and relocated.  Either gradually or suddenly, we come to realise that what we believe now is not what we believed years ago, and yet we still believe we holding on to the truth of the Bible.  Just, you know, a slightly different truth.  It has happened to my church, on the issue of women leaders; it has happened to me on a few things.  So are we, despite our best efforts, simply making God in our own image?  Or is something else going on?

I think perhaps the problem is when we define "true" as "applying at all times, to everyone, everywhere".  One article I read tried to define "objective" in the same way, in order to argue that it must be logically possible to be objective.  Even the Bible itself doesn't define truth in this way.  I'm currently reading through Hebrews, which makes a whole argument about how the sacrificial system was good for its time, but has now been superseded by the sacrifice of Christ.  If, in order to be true, our truth must never change, then we are stuck, stranded on a dry shore as the water recedes.  But if we can recognise that we follow a living God, and that his truth and his world are still interacting and influencing each other - perhaps then we can let go of our rock and grab a buoyancy aid instead.