September 29, 2015
This month we have had to adjust to being parents of an actual school student!  The amount of new information has been almost as bewildering for us as for him, but we are starting to get our heads around the mysteries of phonics, online communication and what to take for show and tell.


We've enjoyed plenty of warm sunny days, so the boys have been getting lots of outdoor play.  At this time of year you feel like you want to soak up every last minute of sunlight before the cold and dark close in.  I've been painting the fence.

- started primary school!  We've had some tears and fears, but gradually the worries are dying down and the enjoyment is creeping up.  He's already won a certificate for an excellent picture of his house. 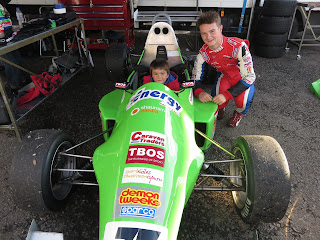 -achieved a childhood rite of passage by falling off his bike into stinging nettles.  He got stung all up one arm, poor kid, but recovered fairly quickly. 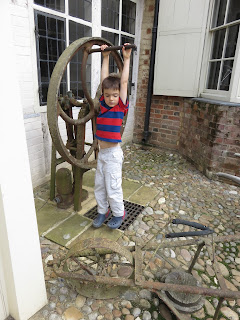 - is really good at swinging himself on the swing.  With just a little push to get started, he can get himself going high.

- walked all the way to the "big" playground, about 1/3 of a mile - with detours to splash in every puddle, stomp on every drain cover and eat every blackberry. 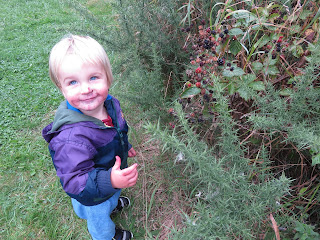 - is into personal grooming.  He points at his toothbrush and says "teee", and tries to comb his own hair.  He still hates having his face wiped, though.

- is great friends with the little girl next door.  He calls her "Pappa" (for Poppy) and runs to give her a hug every time he sees her.

- our new car.  The Renault we acquired in a rush when we got back to the UK had lasted far longer than we ever expected (which was about 6 months, quite frankly), but it was at its last gasp.  Graham found a very well-maintained Rover 75 for a great price, which has taken its place next to the MG to give us a pair of classic British cars.

- my great husband, who I can trust to handle all this car-buying stuff.  He does all the research and I try to make intelligent noises when he tells me about engine sizes and fuel economy.  Plus he saved us a ton of money on the insurance, so he's definitely earned his keep this month!

- getting to see the lunar eclipse, even if it did result in remarkably little sleep that night. 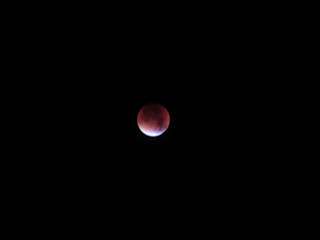 
I had the flavours of a Cadburys Fruit & Nut bar in mind - milk chocolate, currants and hazelnuts.  It's actually the second time I've made it now, but the first time it vanished before I could photograph it.  Doesn't look so good when you're taking a picture of a few crumbs... 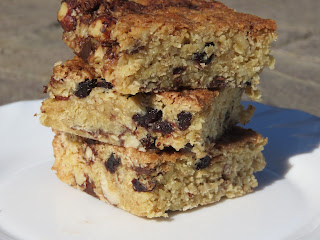 Grease and line an 8"x13" baking tin.  Melt the margarine in a large bowl (2 minutes in the microwave), then add the syrup and sugar and heat for another 2-3 minutes.  Or you can put all three ingredients in a large saucepan and melt them together that way.  Then add the oats and mix really well.  If you're using a wooden spoon it'll definitely make your arm ache, but keep going until it's all coming together in a cohesive lump.  It makes the texture much better, I promise you.  If you're fortunate enough to have a stand mixer, don't give it longer than 5 minutes or it will get too airy.

I admit to going metric with the additions, because chocolate chips come in 100g packets, which is actually about 3.5 oz.  But the main flapjack recipe is so neat in Imperial and converts to annoying half-grams in metric.  So there you go.  Measure out 100g or 3 or 3.5 or 4 oz, or figure it out in cups, or toss in a couple of handfuls.  The important thing is, DON'T PUT THE CHOCOLATE IN YET!  Mix in the currants and nuts first.  The chocolate melts really quickly in the warm mixture, so chuck it in last, give it one quick stir to distribute the chips, and get it in the tin quick.  Give it a good smooth out - it won't spread by itself in the oven, so make sure you squish it into the corners and make it nice and flat.  Put it in the oven at 180C/350F and bake for 18-20 minutes.  Leave to cool before removing from the tin and cutting.