June 01, 2015
It's not often that you get two Monthly Munches in a row, is it?  In fact, it's not ever that you've had two Monthly Munches in a row.  But this month has been entirely taken up with our two-week trip to America; the weeks either side somehow vanished without trace into the maelstrom of packing, planning, jetlag and sleepless nights.

Let me start by saying the boys were brilliant.  They got through five flights, two houses, three pets, at least ten meals out, and too many friends, relatives and complete strangers to count, with humour, graciousness, and a lot more smiles than screams.  So I guess you'll want some photos to prove it...


- got very excited every time all the clocks at my grandparents' started striking (even in a one-bedroom apartment, they have six, most of which ding, dong or cuckoo.)


- liked playing on the rocks by the James River best in Virginia. 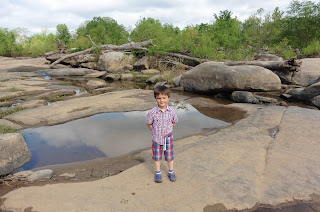 - could recognise most American makes of car within approximately five minutes of arrival. 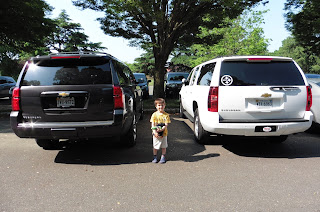 - shared his frozen yoghurt with Theo without being asked to. 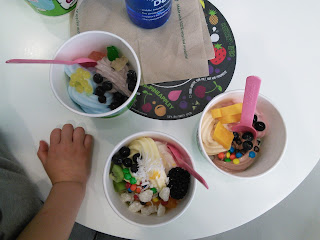 - had great fun dancing in the fountains in Sundance Square, Fort Worth. 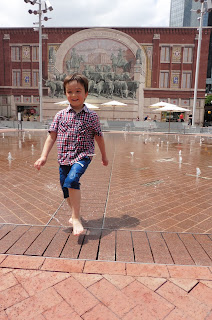 - introduced his favourite toy penguin to the penguins at Fort Worth Zoo.  He got quite friendly with one - I'm sure it was smiling at him! 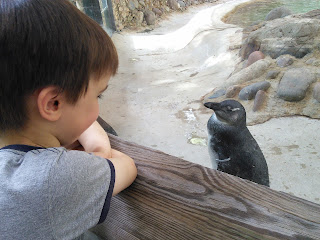 
- crawled gleefully after my brother's two cats and dog, who didn't quite appreciate the attention!


- charmed all the ladies he could smile at on every plane we boarded.

- pushed his pushchair around botanic gardens, airports, and the reptile house at the zoo.


- loved the ceiling fans in every room - not a common feature of British houses!

- enjoyed cream of crab soup at Colonial Beach, and Jello at my grandparents'.


- is now a pro at climbing stairs.  He just doesn't know how to come down yet.


Where do I start?  There seem to have been so many things this month!

- that Graham's dad happened to remind us about the visa waiver scheme just in time for us to fill in the forms.  We had completely forgotten.

- getting to spend time with my brother, grandparents and other family in Virginia


- dropping the rental car off at Washington Dulles airport: "Oh, we can drive you to the terminal in this car if you like, then you don't have to unload the kids and luggage."  Nice!


- a great rental house to stay in, right in central Fort Worth

- lots of good friends who entertained us, hosted us, and treated us to dinner.


- a wonderful family room to play in at the Kimbell Art Museum (it's hidden away in there, but it's worth finding, believe me!)


- missing out on the worst of the Texas rain - which is not a phrase that normally comes to mind, but between thunderstorms and floods, they've been suffering pretty badly recently.

- smooth and safe flights, except for just one delay.

Recipe of the Month: