Ely and the Fens

June 08, 2013
The first thing that strikes you is the length.  Step through the ancient wooden door and two hundred and fifty feet of building unrolls in front of you, arches upon arches marching down to a tantalising glimpse of glittering glass.  As your feet take you further in, your head tips back and the muted greens and reds of the painted ceiling resolve themselves into panels of prophets.  Micah, Isaiah and Hosea, grey-bearded and gaudily robed, hover over you as you walk the central aisle.  Suddenly they are swept aside as the stonework swoops into the form of an eight-pointed star, hurtling upwards to a single stunning point: the face of Christ. 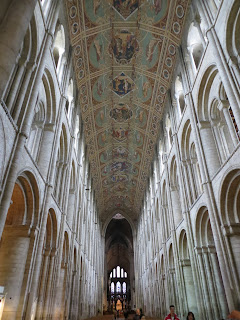 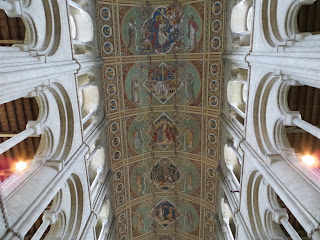 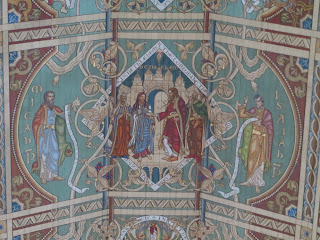 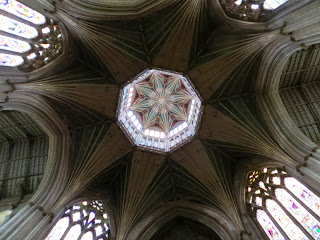 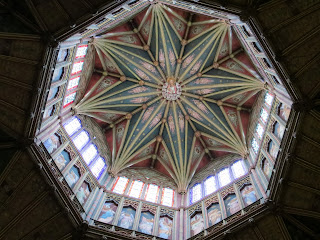 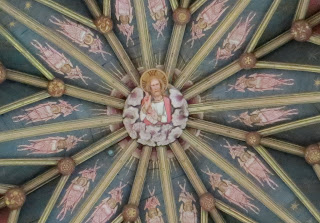 Ely Cathedral is awesome.  There is no other word for it.  There's just so much of it.  Swathes of shimmering stained glass glowing ruby and sapphire.   Masses of marble carved in ridiculously over-the-top detail.  A tangle of twisting tendrils formed in wrought metal.  Arches. And columns.  And niches.  And carvings.  And more and more and more.  It's hard to even imagine the sheer amount of work that went into creating it all.  The detail is immense. 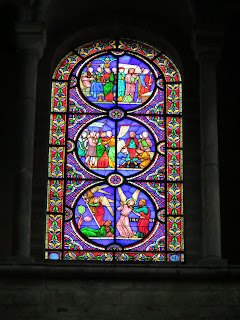 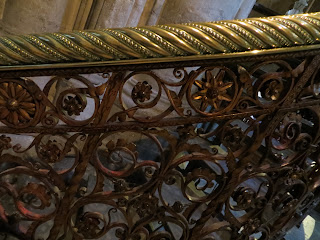 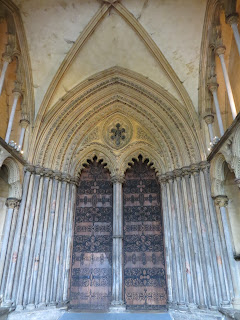 Step back.  Take in the scale.  Ship of the Fens, they call it.  Its outbuildings form part of Ely high street on one side; on the other stocky ponies munch on the green fields that slope down towards the river.  Two craggy towers (plus a small one) point towards the sky, and a lady chapel, big enough to be a church in its own right, is tacked onto one corner. 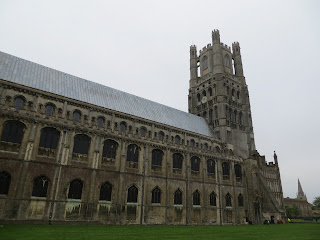 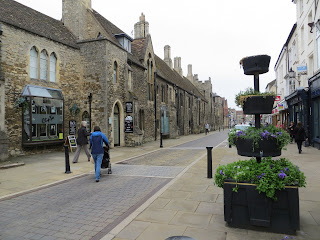 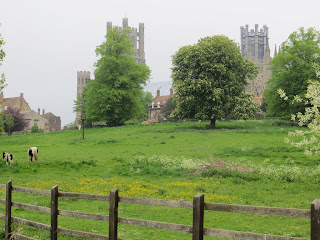 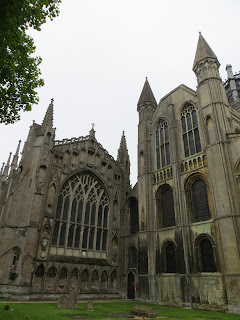 This used to be an island, you know.  The Isle of Eels.  Ely.  A thousand years ago, when the monks of St Etheldreda's monastery decided to raise a great cathedral to glorify God, all these flat fields were fenland.  The cabbages and corn were reeds and swamps, and the mist hung above the stagnant water, and above it all soared the Ship of the Fens, its strong stone towers forming an oasis of solidity in an ever-shifting world. 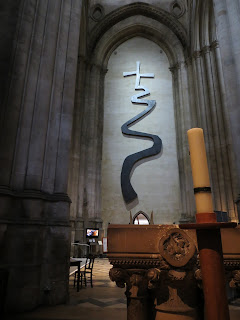 There's not much fenland left now.  Early attempts to drain the land were foiled by the fact that when you took the water out, the peat shrank, and the water flooded right back in again.  But then the steam pump was invented, succeeded by diesel and electric pumps, all toiling ceaselessly away to make water flow uphill and make men the masters of one more piece of earth.


The National Trust has preserved a section of marsh at Wicken Fen, although even this, of course, is carefully reclaimed and managed and monitored.  When we arrived the black stagnant pools and stodgy grass sat sullen under an overcast sky, but suddenly the sun came out and it transformed into a shimmer of silvery stems punctuated with reflections of puffy white clouds. 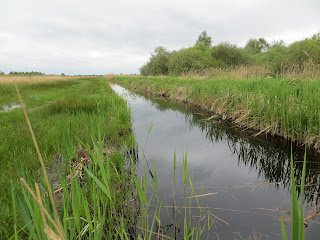 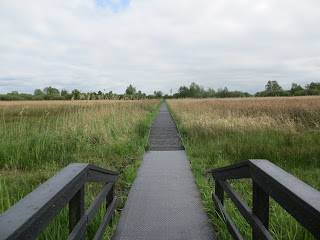 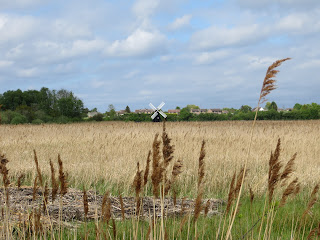 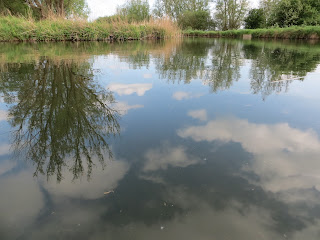 Looking closer, we spotted caddis fly larvae with their strange accumulations of tiny bits of stick, damselfly nymphs floating in the water, and garish orange fungus attached to an old willow tree.  Even Toby got excited about looking for all the birds and insects - after he'd finished jumping on the floating dock, that is! 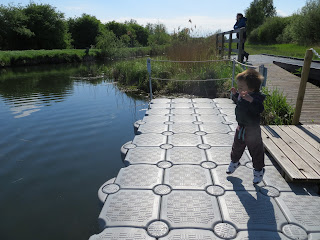 Be exalted, O God, above the heavens; let your glory be over all the earth (Psalm 57:5)

Sue H said…
Just to see if it can be done!
I love cathedrals, and also Ely. Steve was at school right next door to the Cathedral. My favourite part used to be the lady chapel and I even wrote something vaguely poetic inspired by it. But that was before the modern statues and whatever else there is.