May 04, 2013
After living in Texas for a while, where any building dating back to 1900 is really old, and most of the cities were open prairie not 200 years ago, it has lent a certain depth to life to be back in a country where the dust of history clings to your shoes at every step.  Where the parks are centred on crumbling manor houses, the villages were mentioned in the Domesday book of 1086, and the public toilets are probably prehistoric.  Any given circle of, say, a 20 mile radius is likely to encompass more than a smattering of stone monuments, ancient churches, medieval field systems and such like (as carefully noted on the incomparable Ordnance Survey maps), and the circle centred on our current residence is no exception.  Amongst other things it includes Tutbury Castle, to which we journeyed one cold and sunny April morning.

According to their website, the site has been occupied since the Stone Age, which makes it old in anyone's book.  However, it wasn't until the 11th century that the Normans came along with their "I'm bigger and better than you, and besides, I speak French" castle-building mania, and quelled the locals by sticking a fortification on top of the hill.  In the following years the castle was destroyed and rebuilt, destroyed and rebuilt again, and finally left as a romantic ruin.  Whereupon, this being Britain, someone opened a tea shop in it.  Can't have a romantic ruin without a cup of tea and a nice currant bun, now can you?

Toby was much enamoured of the steps: some cut into the side of the hill which he took at a run, and a spiral stone staircase to be carefully navigated holding Dad's hand. 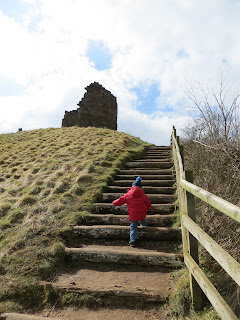 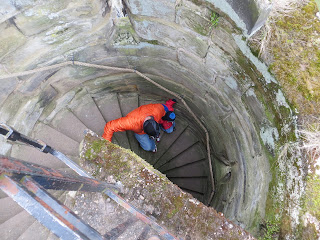 He also attempted to reconstruct the 12th-century chapel, but was hampered by lack of materials. 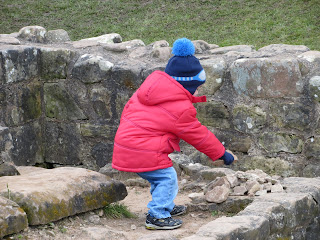 The best part of living in a castle must have been the views, which in this case were stunning.  Hauling the weekly grocery shop up the hill must have been a bit of a pain, and by all accounts the insulation was rather substandard.  Mary Queen of Scots certainly thought so, when she was imprisoned at Tutbury; and they carefully made sure her windows faced the courtyard, so she didn't even get the view to compensate.  I don't suppose those pretty little gardens were there then, either. 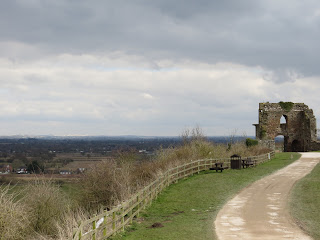 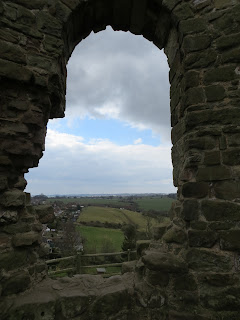 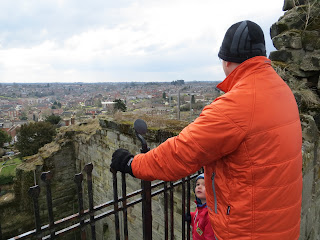 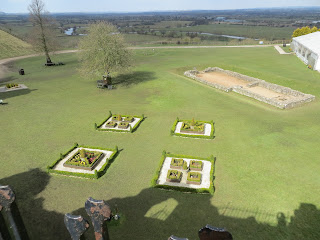 Well, that's one historical monument ticked off the list.  I guess it's the medieval field system next.  Don't think anyone's opened a tea shop there yet, though.

Susan Ewing said…
How sweet, little Toby climbing the steps of that old place! Amazing history! And great writing, Martha.
For some reason, it seems nice to know you're back in England...where you belong? ;) Glad you're baking again, or still.
4 May 2013 at 20:33