March 12, 2013
Toby is now at the age where he can do painting and sticking with a reasonable amount of care and precision, so I thought it would be nice to make some cards for the (grand)mothers in our lives.

The original idea was to do flower prints, so I massacred a washing-up sponge to make something resembling two flower shapes, but the sponge didn't provide anything like enough definition.  It did provide some nice texture, though.  Toby chose pink, blue and white paint, and I put dollops of each in a cake pan to allow for mixing.  With the sponge and a paintbrush he managed to produce something I'm sure any modern artist would be proud of! 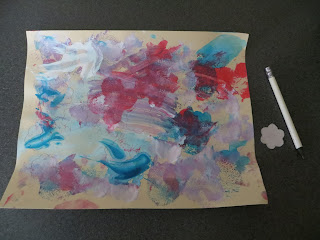 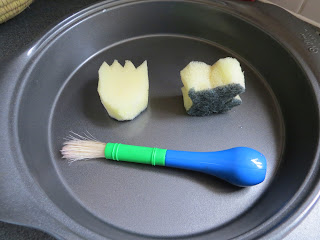 Once it had dried I cut out a daisy stencil and produced two dozen pretty little flowers. 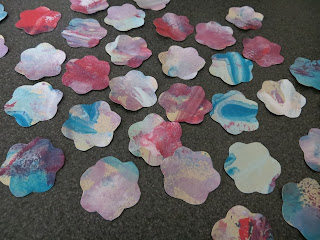 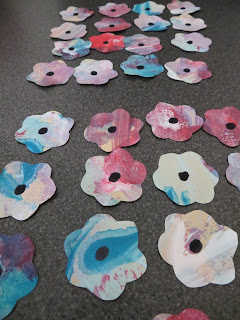 Now time for the glue!  He's coming to realise that you don't have to glue everything right on top of each other, and did really well with the spacing for these cards. 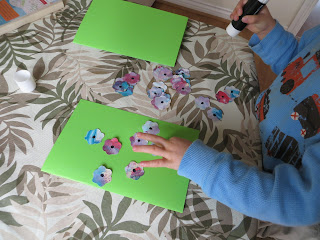 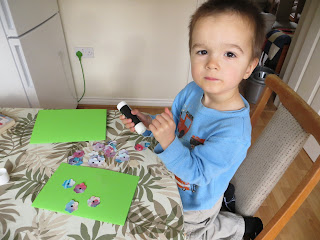 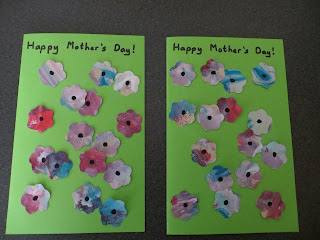