California: Beside the Sea

June 27, 2012
What comes to mind when you think of California?  Surfing!  So we strapped Toby to a surfboard and pushed him out to sea... 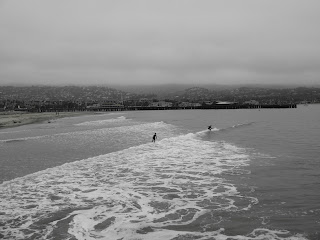 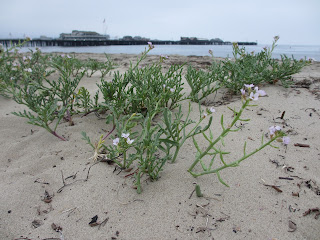 Toby was delighted to discover an apparently endless sandbox, and amused us by running in circles, rolling around and even acquiring a sand goatee!  His favourite game was for Graham to bury a small ball in the sand so that he could dig it up again. 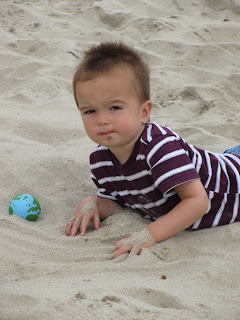 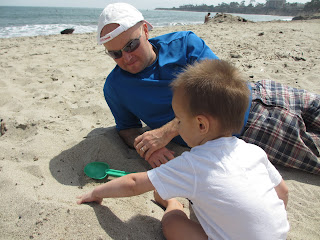 One of the most relaxing afternoons we had was at Goleta Beach Park, just north of Santa Barbara, where we were staying.  The air was cool but the sand was pleasantly warm, and the sky was partly cloudy, helping to mitigate the panicked impulse to slather on as much sunscreen as possible every five minutes.  So I could just stretch out and close... my... eyes.... 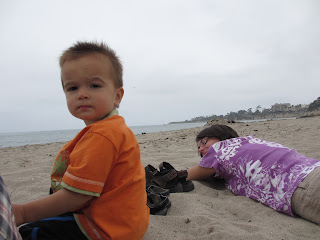 At least, until Toby discovered the sea.  Look Mum, I'll just dip my toes in! 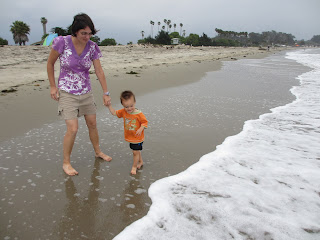 He was having a blast, giggling like crazy the whole time.  Meanwhile I was digging my toes into the sand and hanging on tight for fear he might dash straight into the sea and never be seen again!

We finished that afternoon with a breezy walk along the pier and dinner at the Hollister Brewing Company.  This occupies an unlikely site squashed in among a McDonalds and Home Depot, but inside serves house-brewed beer and some great food.  I tucked into a tasty beef stew, while Toby was entertained with a colouring sheet and as many fries as he could cadge from Graham. 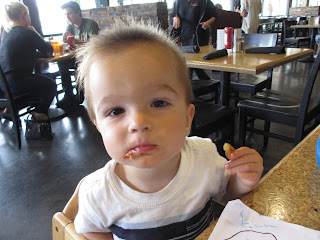 Back in Santa Barbara the following day, we were delighted to discover that the town boasted a real British chippy.  With mushy peas!  And baked beans!  And proper British chips!  Well, you've got to have fish and chips by the seaside, haven't you?  With the sun going down we even had the proper level of chilliness to complete the experience, missing only the waterproof jackets and driving rain. 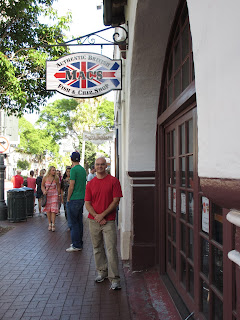 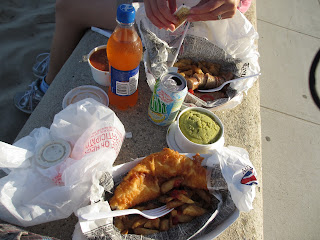 Santa Barbara also has a marina which is well worth a stroll around.  The harbour wall gets pretty exciting when the waves are splashing over it, and we spotted crabs, starfish and even a ray in the water. 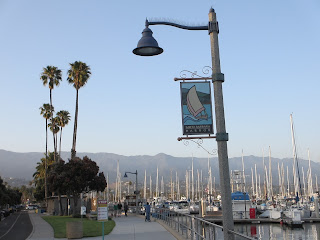 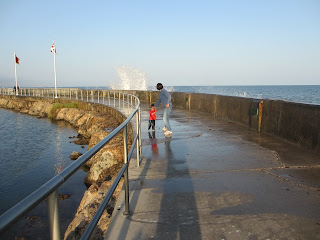 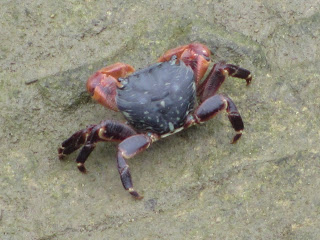 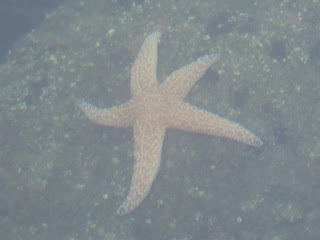 Of course, we didn't spend our whole vacation on the beach, though it would be easy enough to in that part of the world.  More on our inland activities next time...