December 22, 2011
Three days before Christmas and I am realising that if any of 2011 remains unblogged-about after today, it will probably remain so for evermore.  So I'll fly back a couple of months and give you a quick scattershot tour of our latest trip to the UK.

To start with, our flight was cancelled and we had to come home and try again the next day.  Fortunately Toby regarded DFW Airport as a super-huge playground filled with nice people who smiled at him.  We just had to prevent him from throwing himself under luggage carts.

Toby slept like the proverbial baby on the aeroplane, but once we arrived he started sleeping like a real baby - that is, up and screaming half the night.  Our friends Naomi and Steve suffered through one night with us, although we were told they had a giggle at us desperately intoning, "You are feeling sleeee-py", in harmony, at 2 am.  With very little effect.  Our one consolation was that their baby didn't wake up and join the party.

We enjoyed the sweeping chalk hills of the Chilterns, the unruffled expanse of the Severn Estuary, the willows delicately dipping their branches into the Thames, the weathered red brick of a house over a century old.


We played on tombstones and swings. 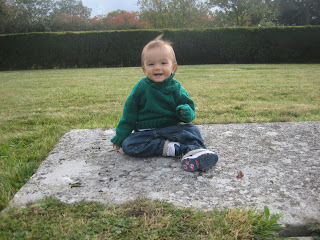 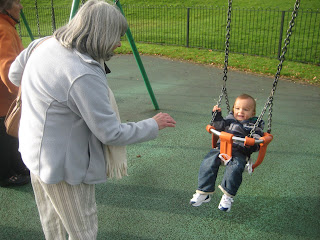 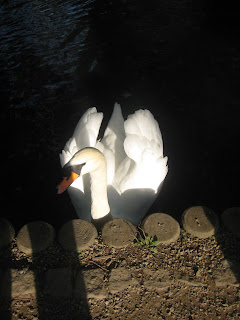 We spent time with family. 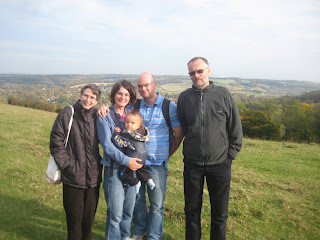 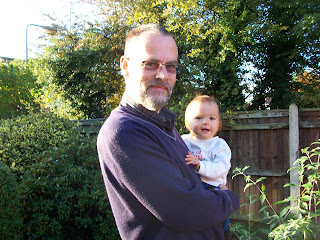 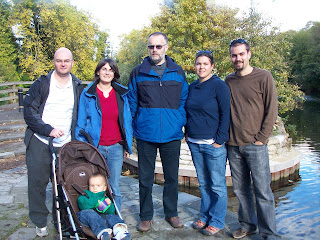 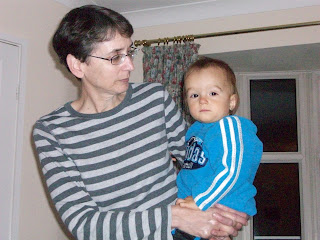 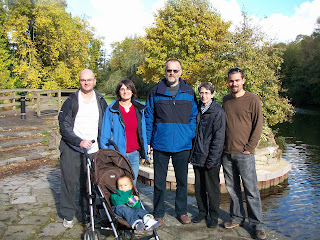 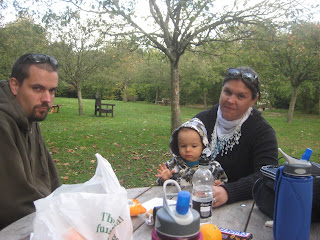 And a small boy celebrated his first birthday! 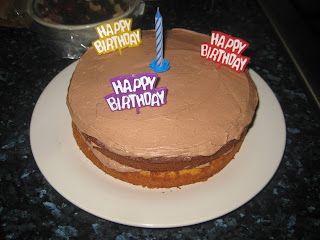 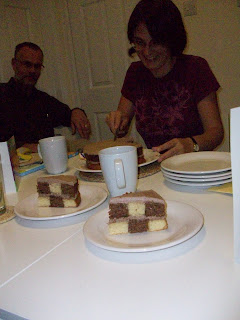 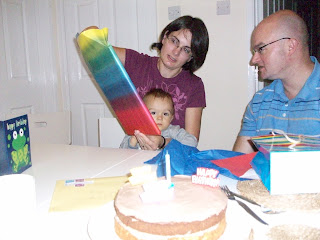 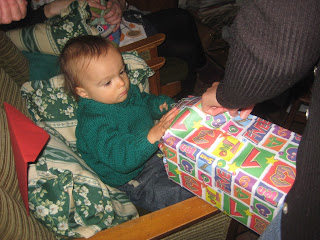