The calf shot from the starting gate, with the horse and its rider in close pursuit. Before it had covered more than a few yards, it was brought up short by a loop of the lasso falling around its neck. Already the cowboy was off his horse and running along the taut line. Moments later the calf was on the ground with a rope wrapped tightly around fore and hind legs. The clock on the wall read just 5 and 13 hundredths of a second as the rider mounted his horse and two men ran out to untie the helpless bovine.

It was a Friday night and we were at the rodeo in Fort Worth Stockyards. John and Kristal, my brother and his new wife, were in town, and we were determined to give them the true Texas experience. Which is not complete until you've seen a bunch of cowboys wrestling with cattle. As well as the calf-roping competition, there were a surprising number of guys willing to take their life in their hands and try and stay on the back of a bucking bronco. Six seconds was a pretty good time for that endeavour, and a lot of them came away limping. I guess it's a macho thing.


You can't claim to be a true Texan until you've tried to consume about twice your body weight in meat and fried food in one sitting. In pursuit of this objective, and on the recommendation of some friends who obviously thought we needed feeding up, we visited the Loco Coyote Grill in Glen Rose. You can't get much more western than this: a low wooden building with a porch out front, sawdust on the floor and a menu of burgers, barbecue and fried catfish. A sign on the door advised us to leave bad attitudes outside. We took its advice, ordered a beer, added our names to the thousands scrawled on walls, window frames and furniture, and waited in relaxed anticipation for a mountain of food to appear before us. We were not disappointed. Even after eating so much we didn't want to stand up, there was enough for another meal in our polystyrene take-out boxes. 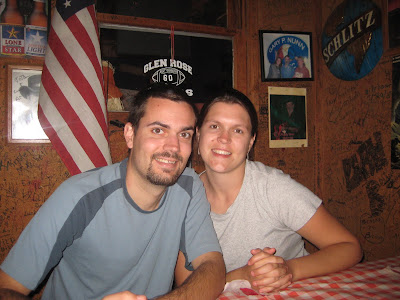 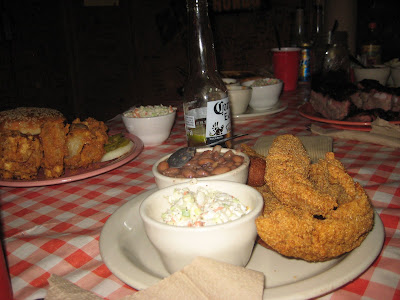 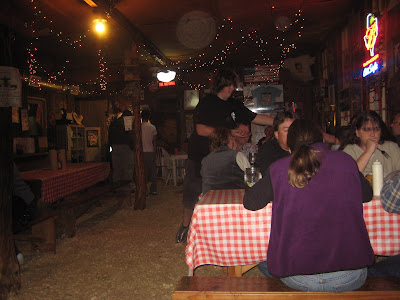 Lest you think us complete gluttons, I must add that we fitted a good amount of outdoor activity into our three days. From spotting buffalo and prairie dogs at the Fort Worth Nature Reserve to fording rivers at Dinosaur Valley State Park, and from giggling at gibbons in the zoo to pacing peacefully through the botanic gardens, we made the most of the near-perfect fall weather. And, I think, of our time together.
Posted by Martha at 12:16

Email ThisBlogThis!Share to TwitterShare to FacebookShare to Pinterest
Labels: Days out, Family, Texas