A week in the UK

October 26, 2009
A week in the UK goes remarkably quickly, especially when you pack it full of family and friends. The main excuse for our trip this time was Mike and Jan's wedding, a grand gathering of friends from Bristol and beyond. The bride and groom made their departure in a VW camper van, which was just fantastic - although someone really should have tied some walking boots and a climbing helmet to the back! Maybe the ribbon nose was a little more tasteful. 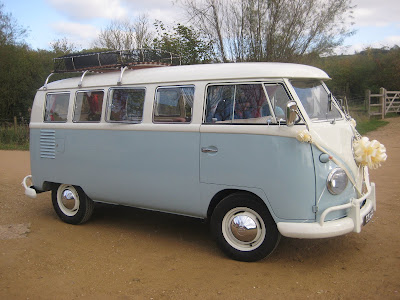 The happy couple. The bride's dress was beautiful and the bridesmaids were very sophisticated too, in sleek grey dresses with cream trim. 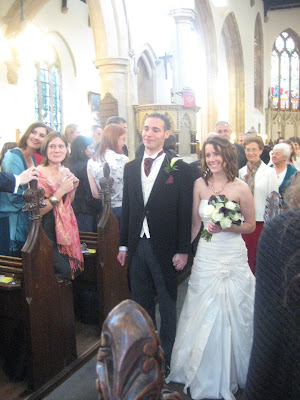 It was good to see lots of friends and find out what they're up to - from having babies and finding jobs to moving to Africa and starting new churches! Here's me with Nath and Zan: 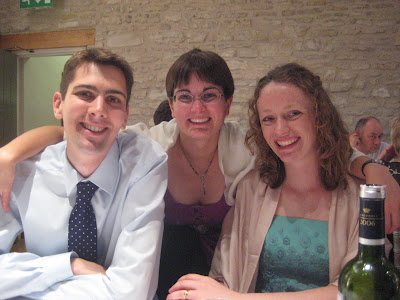 and me with Jen and Naomi. Midlife Crisis turned out some grand music in a decidedly chilly tent, which was obviously a ploy to keep everyone dancing. Hence the well-bundled-up look. 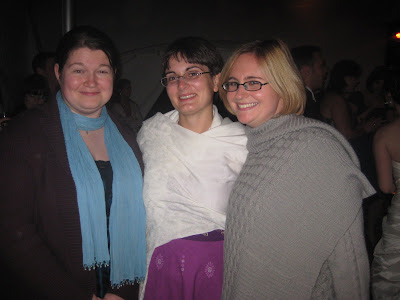 And, of course, us. Still a happy couple even after a year of marriage! 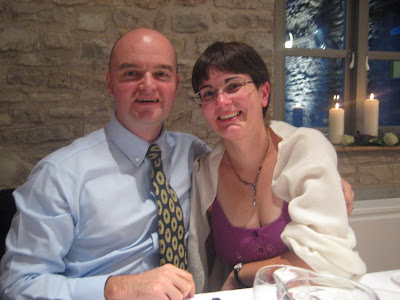 A stroll through Bristol revealed that it still has the capacity to surprise. Down by the cathedral we ran into a full marching band and Services parade. We never did find out what it was for. 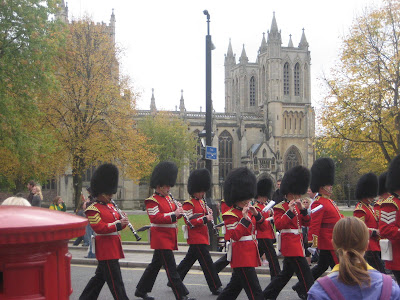 And up on the Downs a balloon landed on Graham's head... 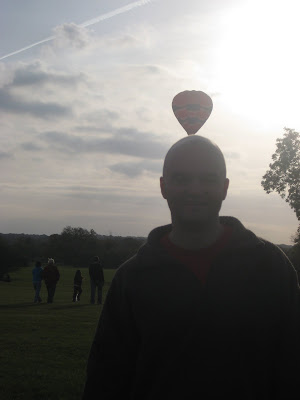 ...and on the grass a few minutes later. 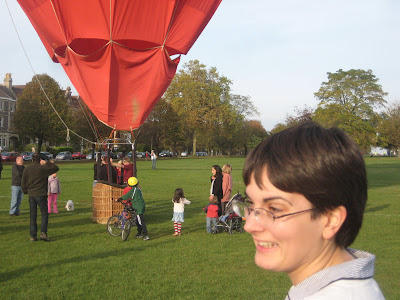 On Sunday evening we engaged in the time-honoured British activities of eating fish and chips and going to the pub. All in Clifton just to show we're middle class. 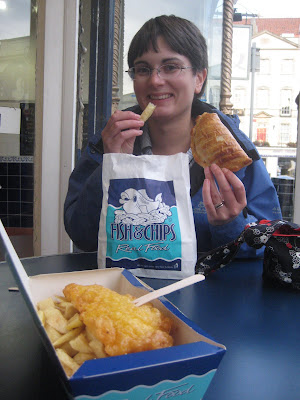 On Monday I inspected the cafe and found that very little had changed, except for the staff's snazzy new aprons. It doesn't seem to have suffered at all from my absence, which made me very happy. 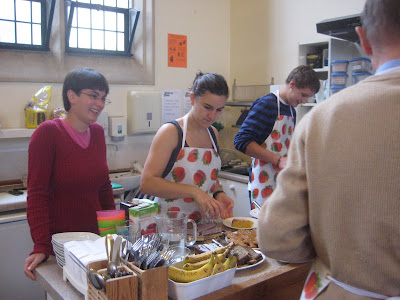 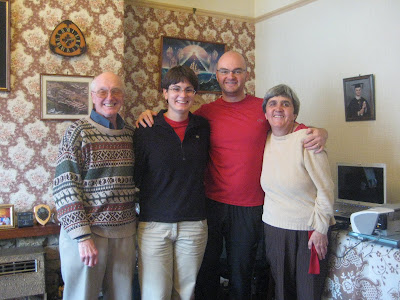 Graham's uncle and aunt came to visit, and during the course of the evening we slipped upstairs to play a vintage game called Crossfire with his cousin Mark. The perfect way to feel like a kid again! 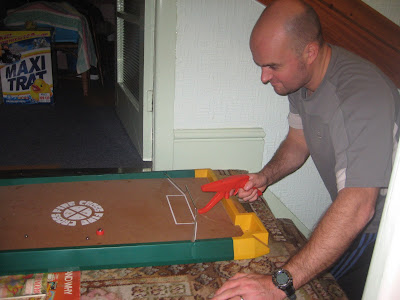 Finally, me trying to hug the whole of the English countryside. Damp and cold it may be, but there's no place like home. 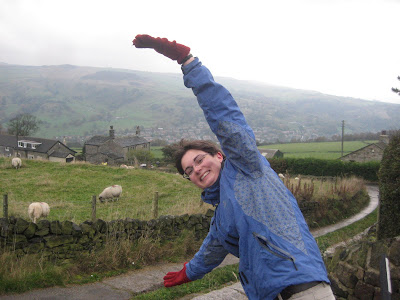