Once you get to a certain age, you suddenly start going to a lot of weddings. Gradually they all tend to fade into a white-dress-pretty-flowers-dancing-music-best-man's-speech kind of blur, but a few still stand out. Some for good reasons, some for bad, and some for just being an altogether lovely day. 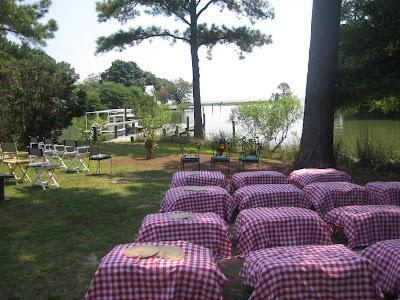 Of course, when it's your brother getting married, that automatically makes it stand out from the average, but John and Kristal's wedding definitely fell into the "altogether lovely day" category. With my grandfather officiating, they made some simple and beautiful vows under a shady tree in the garden of Kristal's honorary grandparents. The Chesapeake Bay shimmered in the background while a soft breeze kept things cooler for the guests seated on gingham-covered hay bales. After a few family photos by the cheerful photographer, John and Kristal departed for the reception venue, perched up on the back of a red convertible (don't worry, the roads are very quiet!) 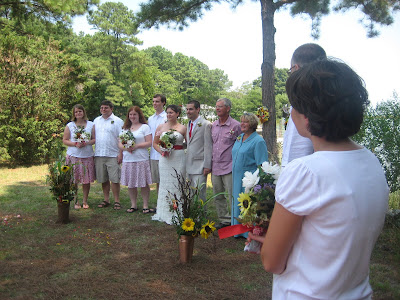 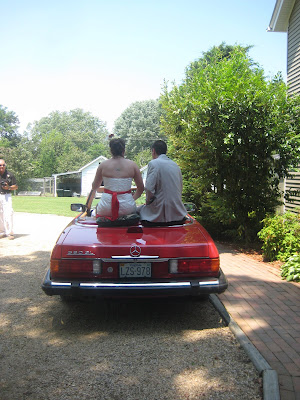 The reception was at a yacht club just down the road, and featured flowers grown and arranged by Kristal's parents, strawberry daiquiris made with berries that John and Kristal had picked, and a handsome cake baked by Kristal's sister. This wedding took family involvement to the max, and the result was really relaxed and happy. A description which also applied to the bride and groom and spilled over to all the guests. They'd found a great duo to provide the music and had obviously rehearsed some moves for the first dance! Later Graham and I were prodded onto the floor and got an unexpected round of applause for our rather rusty rendering of LeRoc - I guess we haven't completely lost the magic! 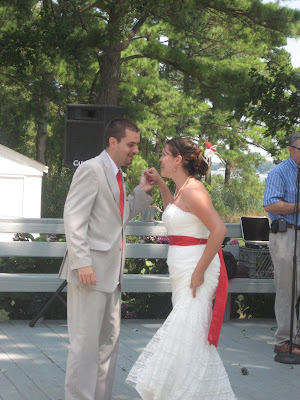 John and Kristal left in a cloud of bubbles, and after signing the hand-made quilt and picking up a jar of home-cooked strawberry jam (you would not believe how much effort these two put into the wedding!) their friends and family headed home as well. What an altogether lovely day. 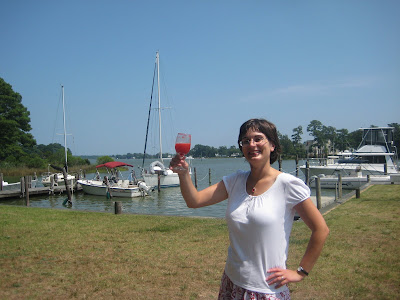 Thanks, really - You're too nice!